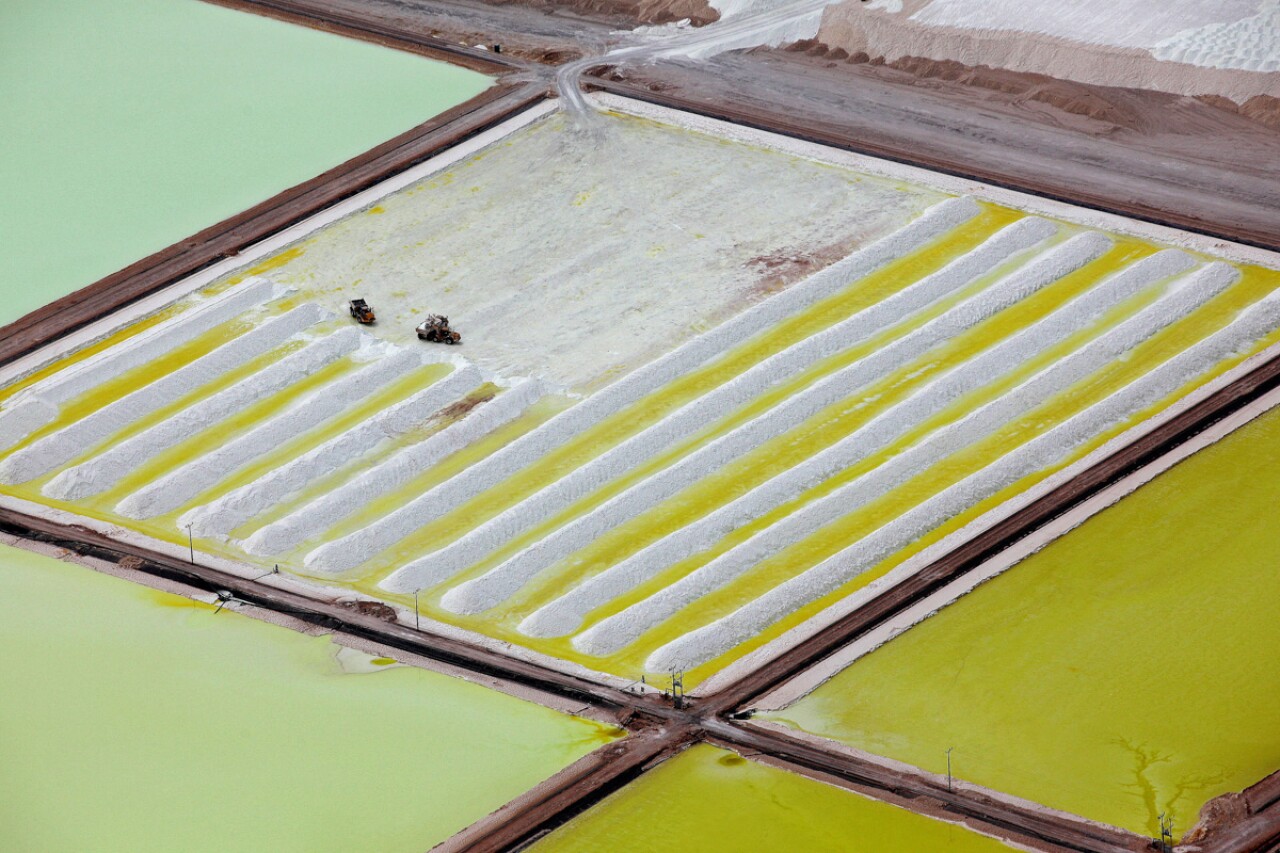 The fever for lithium, one of the essential components for the energy transition, has sparked a wave of nationalism in countries in Latin America, which have historically been suppliers of raw materials to large economies but have received profits in return. without in their areas.

That nationalism promoted by the leftist governments of countries such as Peru and Chile had a great resonance in Mexican rhetoric. The intention was not new, but the government has decided to take it as an example by turning to the Southern Cone. Argentina, Chile and Bolivia, the region known as the ‘lithium triangle’ because it contains more than 60% of the world’s mineral reserves, share borders, but the decisions they have made regarding lithium are different and There are results too.

Bolivia is probably the case most taken up by the Mexican government. The country is recognized as a major holder of lithium, with approximately 27% of the world’s reserves, established in 2017 Bolivian lithium deposits—more than a decade after Evo Morales became president and the first promised lithium-around—, But it hasn’t yet slipped into the top spots of the big producers. The list is topped by Australia, Chile, China and Argentina. The two Latin American countries have the injection of private capital as a common denominator, the other two decades of experience, large amounts of budgets and developments in other countries with minerals. The largest deposits in Mexico, located in Sonora, are in the hands of the Chinese company Gangfeng.

The Bolivian lithium deposits were created to comply with the regulatory framework that establishes that only the State of Bolivia can participate in the extraction of the mineral, considering it a strategic resource. Bolivia’s salt flats have been declared fiscal reserves and no company can exploit them. An idea similar to the one that governed changes to the mining law promoted by President López Obrador.

But Bolivia had to relax its base and allow private capital participation a few years ago. This closed the exploitation of lithium to the state, but allowed private companies to participate in the transformation of the mineral through the choice of strategic partners.

The exploitation of the mineral took more than a decade. Bolivian planning began in 2008, reserves were studied in 2013, and by 2017 pilot testing of four plants for the conversion to lithium began. And something similar could happen in the Mexican case. The process is time consuming and is made up of various stages: prospecting, exploration, economic evaluation, feasibility and exploitation, explain the experts on the subject. The industrial part of the production chain is a long process.

Mexico is barely in the prospecting stage and is still without solid data on the amount of lithium in the region. “I hope that what is about to unfold in these 90 days of the deadline after the approval of the law is very normal so that we do not commit ourselves to living as white elephants. It is important that things go well. It has significant potential, it is expected that at least during this year more information will be collected and on the basis of this this potential state company can be developed, ”says Luca Ferrari, an academic at UNAM.

There were two coalitions at the door of the Bolivian State Company before the political crisis caused Evo Morales to go into exile. The Bolivian government announced two alliances with a Chinese and a German company. The second would prompt the country to enter the European market and export lithium batteries. But due to the political crisis the country is going through since 2019, everything has come to a standstill.

The case of Chile is entirely different, although the newly elected government of leftist Gabriel Boric has promised to bring about a change that pays for the nationalism that has emerged in the region. Chile is the second country with the largest reserves of lithium and the second producer in the world after Australia. The South American country has been exploiting the mineral for more than five decades and should probably be added to the top of the list in addition, but also in private investments that have over the years made the mineral known as white gold. , The first study dates back to 1969, when electric batteries and decarbonization were not yet central elements in economies. From that year, the Chilean Ministry of Mining appointed the first team of geologists to create the first mineral database.

Chile has used its potential to export the mineral, and the transformation of lithium has left it to foreign companies that take it to their countries to make batteries and other products. But Boric has made a promise to the people of Chile: to form a new state lithium company and, thus, join the Latin American trend that could change the dynamics of the South American country. But Boric faced a setback: Chilean justice in January ordered the suspension of a tender for the exploitation of 160,000 tons of lithium in the Atacama field that had been awarded to a Chinese and Chilean company.

Argentina has also opened up to private investment. Exploitation of lithium in the country at the southern tip of the continent began in the 1980s, although its exploitation intensified in the 2000s. The Argentine model leaves management of the resource to state governments, but leaves it open to alliances with other foreign companies with experience in the activity. Argentine government figures say there are 19 mining projects in the country, although only two are in the exploitation stage. The South American nation is likely to achieve 375,000 tonnes of lithium production in the coming years, up from 37,500 currently.

Mexico will begin building a new company with a failing precedent: Urmex. The Dormant State Company was formed in the late 1970s with the intention of extracting uranium to encourage production through nuclear power plants. But the idea of ​​the company was abandoned only with the intention of displacing fossil fuels. The paucity of resources and the absence of interest from the previous government put the mineral out of government priorities and left Euremax as a promise. The last attempt to create a state-owned company in the country has been made by the Government of Obradorista with subsidiary Cfe Telecomuniçes e Internet Para Todos. The company is about to complete three years of its creation, but still without any concrete steps. The intention was again political and not economic: to bring the Internet to all areas that private companies have not reached.

“It is no secret, the great criticism of public companies in various sectors, but especially energy, is the issue that there is too much corruption and they are incompetent. This is the ‘bogeyman’ of public companies in all countries and throughout the literature. , and the politicization of decisions, that decisions are made not because of the efficiency or rationality of the exploitation of economic activity, but for political reasons” says Cesar Hernández, a former official and expert on the subject.

Need guarantee in favor of scavengers per seedling

Guadalajara Jalisco.- so that the “extras” as in June 4, 2020 are not against those who Protested for the murder…

Ronaldinho hits out at PSG: “You have great players and you want to change, what do you want? Worst?”

2022-05-14 12:45:23 Ronaldinho while appearing in front of the media. Twitter Ronaldinho will be in the UEFA Champions League final…

After the great interest shown by the instructions of blue Cross By Juan Ignacio Dineno, UNAM Puma for the team…

Treasury withheld 15.6 million euros to be returned for six months

The Tax Agency (AEAT) withdrew 15.6 million euros from 4,882 returns while waiting to determine whether to initiate checks six…