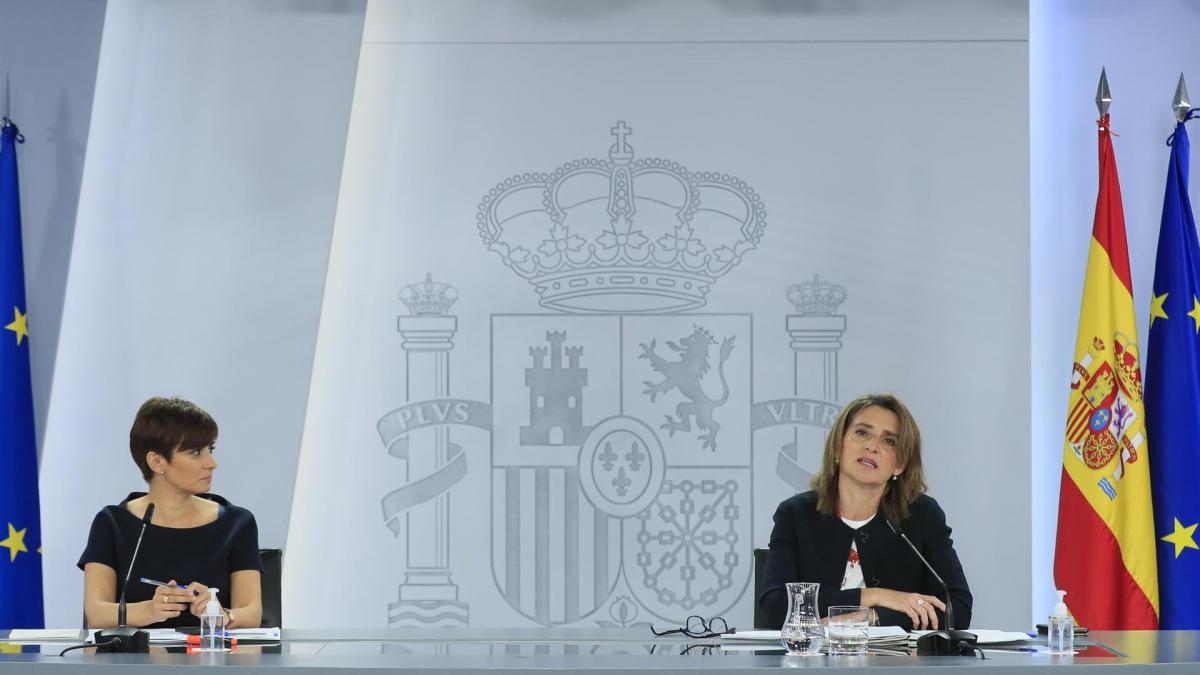 The government approves a royal decree that includes gas price limits. The measure will be published in the BOE this Saturday, but The standard will not take effect until the European Commission formally authorizes, “It could take a week, ten days or two weeks,” Teresa Ribera, Minister of Ecological Transition, assured.

After delays in the approval of the document on two occasions, the executive was forced to convene an extraordinary meeting. The late delivery of the technical package by Moncloa – last Friday – did not give the European Commission enough time to study the fine print of the text. Last Monday, the Portuguese Prime Minister, Antonio Costa, announced that Spain and Portugal have the support of the Community Executive. Information which the European Commission denied minutes later.

Beneficiaries will continue to contribute

Once launched, all electricity consumers will pay the cost of gas price limiting. The Minister for Ecological Transitions, Teresa Ribera, thus reveals one of the unknowns that has surrounded the measure in recent days, approved this Friday in the Extraordinary Council of Ministers. Thus, a mismatch was created between the ceiling and the actual price. will fall on the shoulders of all customersBoth those who are covered by the regulated rate, and those who subscribe to the free market.

«The benefits of this measure will reach all consumers, as well as those with fixed contracts of less than one year. Once their contract expires, most of them will benefit and those who benefit will continue to contribute”, said Ribera.

The latter – about 20 million households – would not initially benefit, as their contracts guarantee them a fixed annual price that energy companies have already begun to make more expensive.

against, the consumers covered by Regulated rate to big winners, At the end of 2021, more than ten million Spanish homes paid for electricity which marks the daily market. They are the ones who have endured the historic rise in prices in recent months. In particular, it is 35% of Spanish domestic consumers and 80% of industry.

The receipt will drop to 85 euros per month

Approved Royal Decree sets a reference price for the gas. During the first six months, it will start increasing at 40 EUR/MW and in the remaining months to 48 EUR/MW, until it completes the full year in which it will be applicable. OCU estimates that Monthly receipt drops to about 85 eurosLast March the average reached 143 euros.

The wholesale market price will fall – according to the minister’s calculations – 130 euros/MWh.

With the implementation of the standard, Spain and Portugal seek to prevent part of the electricity produced from gas from contaminating the rest of the energy mix. By limiting the price, Madrid and Lisbon prevent the actual price from marking the sum of the daily ‘pools’.

This measure will reduce IPC

Ribera has highlighted that the measure will have an impact on inflation. INE takes the wholesale market price as a reference, affecting only users covered by the regulated rate, and excludes 17 million free market customers from its calculation. A formula that elevates Spanish inflation figures above those of other European countries. The wholesale market in March was close to 300 EUR/MW, with gas prices in the range, the price could fall by more than half.

A possible drop in future CPI data would reduce public spending on pensions – linked to a rise in the price index – which reached 10,798 million euros in April. It will also affect other factors like rent. Tenants reviewing their contracts in the past few months have faced a major increase in monthly rents.

The government approves the cap on gas without Brussels’ final approval which would take “up to two weeks”.

The reality that the government does not want to see

The unemployment figures, which came out on Thursday, have created tremendous enthusiasm in the government and huge disappointment in the…

Tijuana, Baja California.- A citizen of Tijuana must pay a fine Later When he was driving an electric scooter, elements…