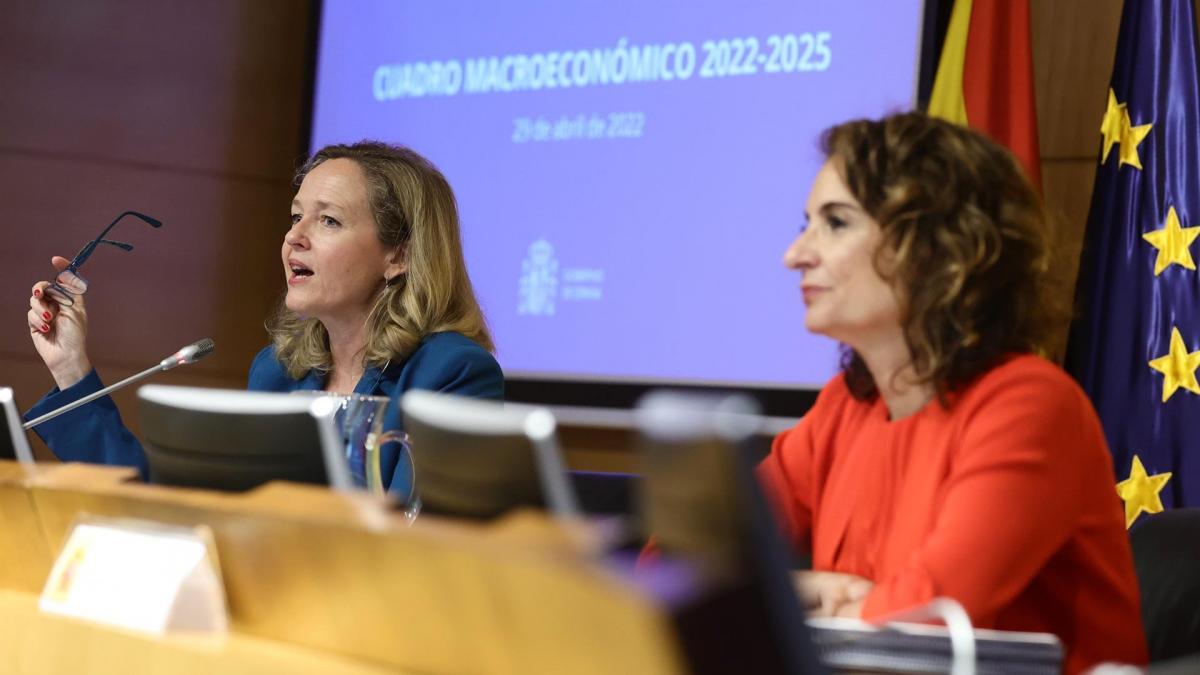 Whenever I think of the Ministry of Finance, the novel by Count Dracula and Bram Stoker comes to my mind. It’s not from now. Already with Montoro this has happened to me quite often, but now with my Mari Jose, every time they come to my mind, I get chills and it takes me to the book where the physical needs of a vampire is best described, which is ultimately nothing more than sucking the blood of its victims.

And the truth is, with each passing day, this analogy is closer to reality: hacienda He is a vampire who is bleeding all of us Spaniards. The Ministry of Finance, which should be renamed the Vampiric Ministry, published an effective collection of taxes from all Spaniards on 29 April, which, once again, they have been turned into vampires by this ministry

We have already seen in the article Fake from Nadia Calvin: that with the macroeconomic table that I explained, GDP grew 0.3% at constant prices, but decreased by 0.5% at current prices.

In that article we saw that private consumption was affected and decreased by 0.8%.

lack of consumption This can be done by private economies for two reasons. First because there is a fear of the future, and rather than spending, people prefer to save, and second because families have less money, or because tax withholding is higher and/or because prices have risen more than usual and buy less. And pay more.

Let’s first look at what happened to taxes in the first quarter, and then we’ll see what happens to that money. would reach the consumers.

36,673 million euros collected between January and February 2021 Income tax, Eva and special tax for hydrocarbons, There was an increase of 14.8% over the same period of 2022, reaching 42,094 million. The ministry of blood donors increased the income for waste “addicts” by 5,421 million euros, or the same amount, in an amount that depleted the liquidity of domestic economies.

As no action was taken by members of the government with extreme fanfare, the liquidity loss continues, and we Spaniards continue to bleed to death in March.

The collection has not increased by 15.5% as the state has decided to increase withholding. It has been created with the effect of inflation,

collection of Eva Growth of 21.3% in Q1 as a result of 9.8% inflation and collection of special taxes hydrocarbons grew 19.2%.

Workers in this country saw their purchasing power decrease by 7,136 million euros in the same quarter. If it continues like this, it will cause us to lose 30,000 million euros of liquidity by the end of the year.

What would have happened to GDP if the government had taken measures instead of sucking us down to the backbone and marrow so that this collection would be returned in the hands of families? private consumption would have increased by that amount. That money would go directly to adding it to GDP at current prices. GDP figures reach 324,986 million euros, This increase in consumption would have resulted in a 1.7% increase in GDP at current prices instead of a 0.5% decline in GDP, and when deflating we would have found that GDP would have increased by 2.6% at constant prices. Follow the government’s early forecasts.

But since they are so dumb and they have a group of experts who are even more stupid than them, they asked the Spaniards to build wealth and reactivate the economy, instead of being able to spend in vain, as much as possible. Yes, I would have liked to have that much money. Which, instead of generating wealth, generates poverty and exacerbates the lack of efficacy and efficiency of public administration.

Mazatlan Offers Cars of the Year for Mother’s Day

Mazatlan, syn. -Thousands of mothers who attended the ceremony organized by Mayor Luis Guillermo Benítez Torres in respect of “Reinas…

Chambers, Guanajuato.- Guanajuato researcher Leonardo Amezcua Ornelas announced that, in Acambaro, Guanajuato. Bull Hill in the Municipality of KeyThere are…

Honorary President and Founder of Antolin GroupJose Antolin Toledano, died this Thursday at the age of 86 surrounded by his…

Show this Saturday 14th May

For this Saturday, May 14, different marches and protests in different areas of Mexico City. Civil Defense Secretariat (s cc)…