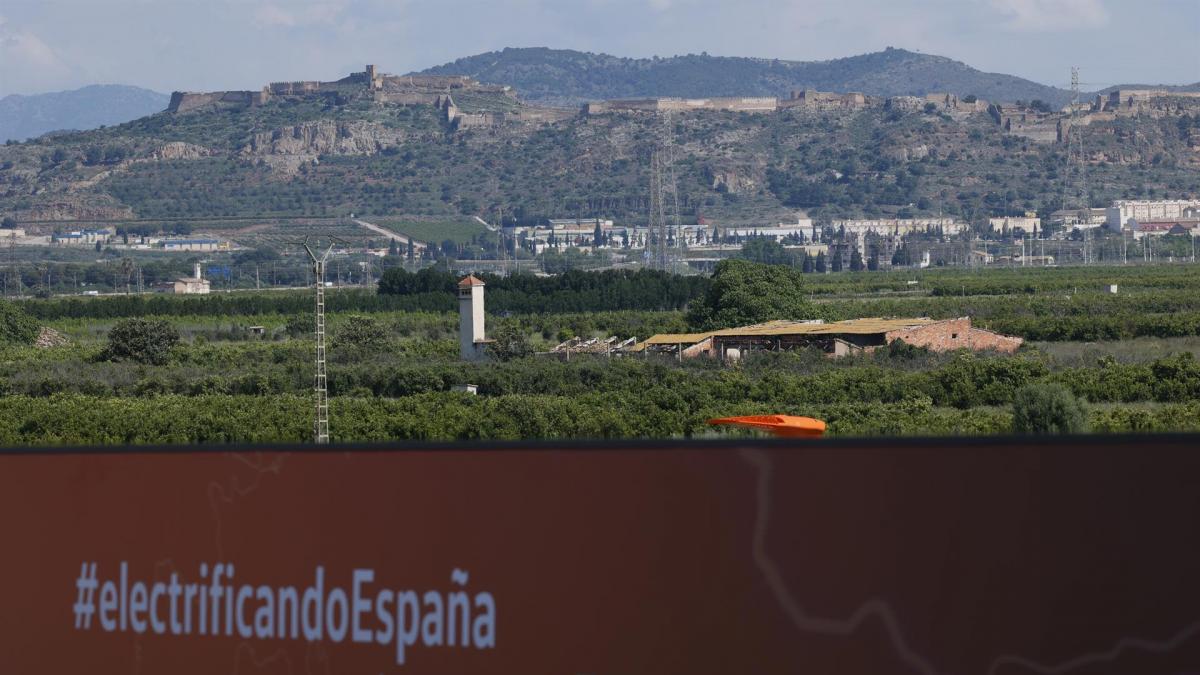 Government President Pedro Sánchez predicted this Thursday that Spain has the potential to become “great”.hub‘European battery production’ for electric vehicles, thanks to Gigafactory building the future Volkswagen In Parc Sagunt II (Valencia), with the forecast that it will become operational in 2026.

“Rarely no other country will be able to make such a widespread deployment of an electric vehicle,” he said in the presentation of the project based on the Business Park with Herbert Diess, chairman of the Volkswagen Group; the head of the seat’s board of directors, Thomas Schmal; Seat and Cupra’s president, Wayne Griffiths; The Minister of Industry, Commerce and Tourism, Reyes Marotto, and the ‘President’ of the Valencian Generalitat, Zimo Puig.

Representatives of MNCs have promised to expedite construction 3,000 direct jobs created By 2030, in addition to pushing forward that up to 20% of solar power will be supplied to the plant for Iberdrola as a part of the initiative presented to the Strategic Project for Recovery and Economic Transformation of Electric and Connected Vehicles (Perte VEC).

Sanchez in his speech referred to the Gigfactory as the “present and future” of European funds.next generation eu’ and has highlighted that this will be the first battery assembly plant in Spain, while guaranteeing that all administrations will “comply” so that it will be operational in 2026.

After thanking both Volkswagen and SEAT representatives, as well as the “leadership” of Zimo Puig and Meyer, dario morenohave remembered that Sagunto Park It has “a long history and not always easy, a promised land some times and not always easy.” “Today is new time, and I would say a good time for this park,” he admitted.

He thus highlights that the choice is due to its proximity to sea, air and road, human capital and research centers as Parc Sagunt is “already a success” as a large logistics centre. In addition, it guaranteed that “in a very few years”, the city would be connected to the Mediterranean Corridor.

Sanchez has highlighted that the Gigafactory fits in with his “country and the project of the future” as Spain does not want to lag behind in technological development. “With Sagunto we want to lead these processes”, he moved, pointing to digital and technological change as two great processes.

Looking to the future, he predicted the battery would help make the automotive sector “much more respectful” of the environment, with the Gigafactory being “the central but not the only pillar.” “We have a lot to do and I can guarantee that all the administrations are going to follow it so that this dream can come true,” he insisted.

In addition to Sagunto, the President has recognized that VEC loss The group’s plants in Martorell (Barcelona) and Landabene (Pamplona) are noted to promote “regional cohesion”, in addition to showing the government’s commitment to clean mobility across the value chain.

On the other hand, he is confident that these investments will help drive a “great change in the electric vehicle culture” through the deployment of recharging points in Spain, and has encouraged companies to To change their production lines to increase the share of these cars.

Pedro Sánchez combined this presentation with “excellent” employment data for April, which shows a “bright” future for the Spanish labor market, despite the hardships caused by “an extremely unjust and unfair war”.

For all these reasons, he predicts that the project will create “a better country” and prides himself on being “chair of the government at a historic moment for the automotive sector and European industrial policy”. “This is the Spain we want,” he said.

For his part, Herbert Dias agreed on the goal of making the country ‘one’.hub‘European Union of Electric Mobility and have guaranteed that they are ready to raise more than 10,000 million with the partners of the project’Future: Fast Forward‘, to «ensure the future of the automobile» at the national level, «the largest industrial investment in the history of Spain».

In fact, he predicts that one in Sagunto will be the third in production in Europe, after battery factories in Germany and Sweden, followed by three new ones from the group on the continent by 2030.

Dias highlights that the Valencian Gigafactory Will produce batteries for models manufactured in Martorell and PamplonaPlants that have given assurances that they will direct their production towards electric vehicles.

On the other hand, he has assured that Spain will play a decisive role in the European ‘Green Deal’ and that in 2050 “at the latest”, Volkswagen will be a neutral company in CO2 emissions for solar and wind power. In the figures, he highlighted that deliveries of electric cars by the group grew by 65% ​​in the first quarter of 2022, to nearly 100,000 globally.

Along the same lines, the chairman of the board of directors of seat He recalled that the Sagunto plant will be its first battery plant outside Germany and that it is part of the power transition the company announced a year ago to reach 240 gigawatts by 2030, “more or less six gigawatts in Europe just for Volkswagen.” “

They have also put forward that they will “get to work” with the construction in Parc Sagunt and intend that the plant can meet the group’s demand in Europe. “We are going to adjust the cost of the battery by 50%,” he announced.

Schmall has also pointed out that there was “tremendous competition” to host this huge factory with “projects submitted entirely in Spain”, but he has justified Sagunto’s choice and slipped that ” The future is open”.

It will mark the next generations

In his speech, the ‘President’ of the Generalitat Valenciana, zimo puigopredicted that the Gigafactory would change the lives of “hundreds of thousands of Valencians” and mark the future of the next generations as “the most important business movement in half a century”. He has thus thanked Sanchez for his “firm commitment” with the community to accelerate the post-pandemic recovery.

Puig confirmed that the community is starting to become the pole of sustainable mobility in Southern Europe and points to public-private collaboration as “the wisest method” for this. “Welcome to your home,” he told representatives of multinationals in German.

He has promised that Consel welcomes investment with “responsibility”, ensuring legal certainty and agreement between employers and unions, and with “ambition” to co-lead a “revolution of sustainable mobility in Spain”. Is. In addition, he notes that the country “had a certain moral debt with Sagunto” and highlights the city’s symbolism with industry.

Exactly this Wednesday, Volkswagen Group and SEAT registered as partners in ‘Future: Fast Forward’, a strategic project for the recovery and economic transformation of Electric and Connected Vehicles (Perte VEC), from 62 national and international companies across sectors. is made. Iberdrola, and including 11 autonomous communities of Spain. The deadline for requesting this aid expires on 17 May and the budget is 2,975 million euros: 1,425 in the form of loans and 1,550 through subsidies.

Intel will open a microchip design laboratory in Barcelona

Technology company Intel will open a leading microchip design laboratory at the Barcelona Supercomputing Center, which will include an initial…

Estrada assures that political trials are an obsession

Sinaloa.- The Municipal President of Culiacán, Jesus Estrada Ferreiro, announced that on the day of He will join the state…

Mexico will vaccinate children against Kovid-19 with Abdala: AMLO

Mexico City. – President Amlo announced that the government of Mexico would acquire Abdullah Vaccine, which was made in Cuba,…

Culiacan. – This Tuesday morning, May 10, a young man was resting inside his house in Culiacan, Sinaloa, when suddenly…