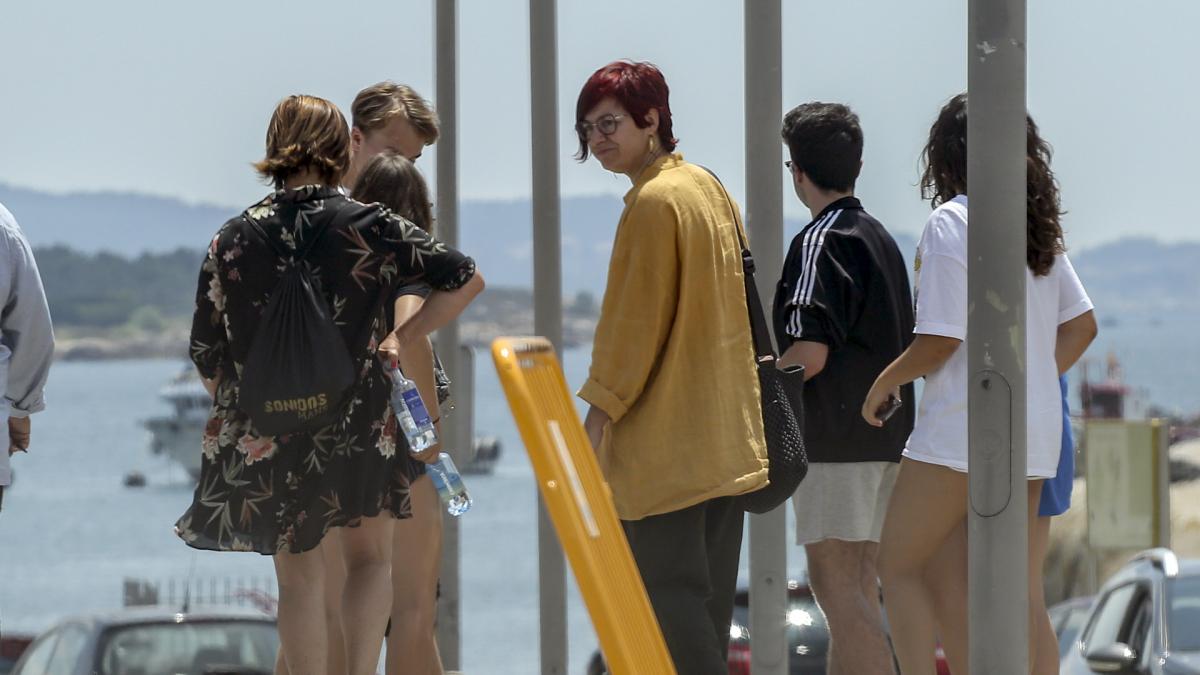 Businessman Sandra Ortega, daughter of Amancio Ortega and Rosalia Mera, plans to oust Spanish hotel group room mate Of the two hotels in New York and Miami not to pay rental income. The hotel chain, for its part, accuses the businessman of “excessive rigidity” in negotiations.

Directed by one who is one of the main shareholders of the hotel chain kaik sarsolaWith 31% of the capital, the chain has decided to initiate an eviction process by demanding 100% of the rental income for these two establishments be paid. Ortega had already announced its intention in 2021 to get rid of the 31% stake in the chain’s capital held by its holding company, Rosp Corua.

From Room Mate, he has clarified that his shareholder has demanded 100% payment of full rent for Room Mate Waldorf Towers (Miami) and Room Mate Grace Hotel (New York), ignoring the months that the establishment closed. For issues related to a health emergency staying or relocated.

these are two buildings Sandra Ortega hired them through her company Rosp Koruna. The first of them is located in Miami Beach, while the second is located near Times Square in New York City.

Hotel company sources clarified to Europa Press that this is the “first and only” eviction process to which they have been subjected throughout their history, and that although the process has been notified to the company, there is no date for this. or no time limit. execution.

On behalf of the company they clarify that at the request of the Nurses Association of New York, the New York Hotel was granted a loan during the pandemic to care for those affected by the coronavirus pandemic at its peak, and that the second, in Miami, The company’s hotels remained closed like the rest of the world during the toughest moments of the pandemic.

Room Mate Hotel handed over a total of 15 buildings during the most dire moments of the crisis Registered in 2020, of which 12 were hotel buildings and 3 apartment buildings.

The hotel chain, headed by businessman Kaike Sarsola, has requested assistance of about 50 million euros from the Solvency Support Fund for Strategic Companies managed by the State Society for Industrial Participation (SEPI). There has been no response so far.

The hotel chain, whose main owner is Kaike Sarsola, who owns 63.4% of the shares, and Sandra Ortega, the daughter of the founder of Inditex with 30.7%, thus joins other tourism companies that have already requested help. . Air Europa, Navira Armas, Globalia-Avoris (Barcelo), lf hey Plus Ultra or HotelTelieramong others.

A few days ago it became known that the Court of Instruction No. 2 of A Corua decided to dismiss and file a complaint for forgery filed by the administrator of Rosp Corua, Sandra Ortega against the former manager of his estate, Jose Leyte Is. Signature to give credit to room mate. According to judicial sources reported to Europa Press, the court issued this order for lack of evidence of criminality in the case.

The businessman submitted that The lawsuit against his former manager, Jose Letewhom he accuses Falsify your signature to create a sponsorship letterA document similar to a guarantee, according to which banks guaranteed that the businessman would cover potential non-payments with his assets.

Recently, the second division of the Provincial Court of A Corua dismissed appeals filed by four financial institutions against the order – issued by A Corua’s Inquiry Court No. Access denied. Corunna and Sandra Ortega were reportedly aware that he had forged his signature to obtain a loan.

Within the framework of this judicial dispute between the two, A Corua’s Social Court No. 1 earlier this year dismissed Leyte’s complaint for unfair dismissal as director of the Rosp Corua Group. The Chamber recognized the termination of the senior management contract as valid due to the withdrawal of the employer.

Former CEO of BBVA and current chairman of Caixabank, Jose Ignacio Goirigolzari, testified before a judge of the National Court…

Whereas in the morning the government of Mexico City . presented the “inconsistencies and contradictions” of the third report of…

Living on paid expenses: from a Rubiales penthouse to a 250-euro flat for ministers

RFEF is a time bomb that will explode at any moment louis rubiales, The latest installment adds a little more…

San Luis and the UASL sign a new agreement

Unrecognizable! Brew Lucas conquered the network with a nice outfit

So Paulo, Brazil. – Bruna Lucas came here to flap her wings and lead people on a path where her…