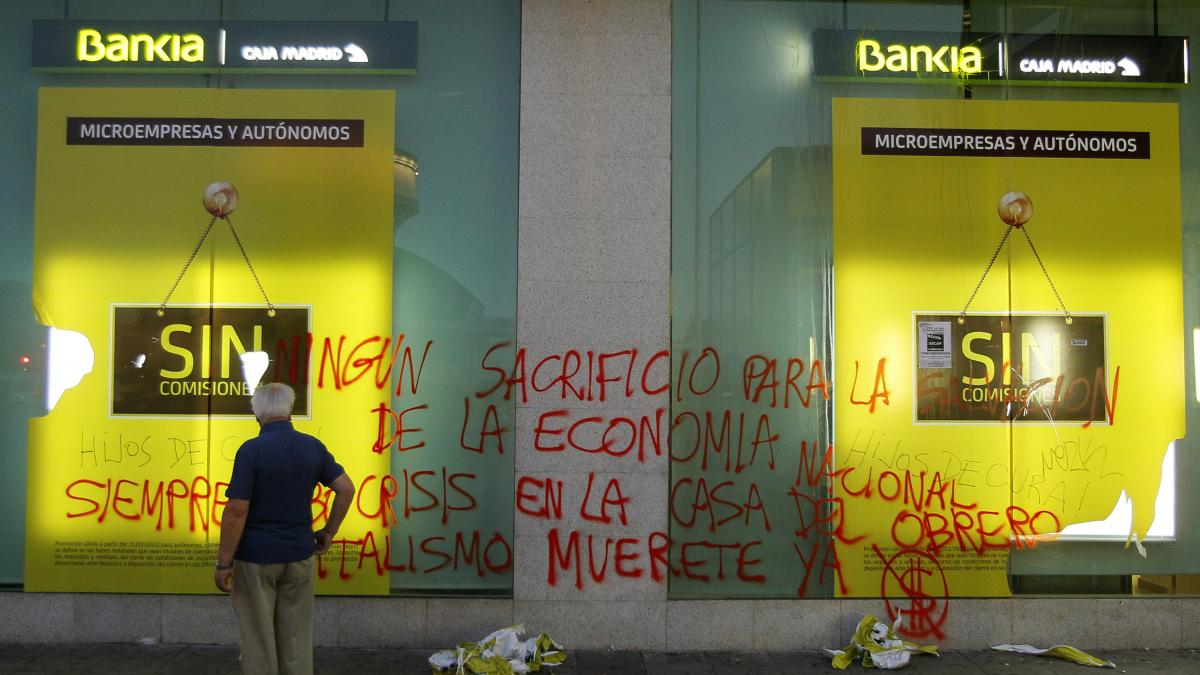 Fourteen years after the start of the great financial crisis that devastated half the world’s economies, inflation Threatens to condemn the planet to the fifteenth economic earthquake of the 21st century. There is no shortage of alerts. During the past weeks, many of the most influential officials in the United States have not stopped warning that the global economy is headed for a new recession.

war in ukraine The flaws in the European economy have been exposed. The main one, the community energy system. This has pushed the prices of electricity, gas and oil to historic highs. In Spain, a liter of petrol starts breaking the 2 euro ceiling. In other EU countries they did this long ago. It is closer to 2.2 euros in Germany, compared to 2.3 euros in the Netherlands and Greece. And the same goes for electricity bill, natural gas bill or shopping basket. A spiral of prices that challenges that with a new contraction in consumption.

julio This story is already known. Like many of his generation, he entered the job market during the worst years of the financial crisis. “We don’t know if we can face something similar. In the crisis of 2008, we had to seek help from our elders, parents or grandparents, but many of them are gone, and those who are trying to fix their finances. Haven’t managed to do it,” says this 35-year-old teacher.

I believe the slowdown won’t be too pronouncedOscar, engineer (36 years old)

OscarBar of optimism, 36 years old. His profession allows it. “I am calm about working in the technology sector, right now not only do we not have unemployment, but the shortage of professionals continues to increase wages and what I think is a contraction lowers investment and existing salaries. But stabilizes the market”, it says. Still, he acknowledged that Spain – along with the rest of the world – is headed for a recession, “I think we may be on the verge of it, but I believe it will not be very clear.”

The price hike is proof of this. Not only of energy, but also of the products we buy in supermarkets every day. “At home we always buy the same brand of milk. Fifteen days ago we paid 0.68 euros per liter, two weeks later it’s 0.74 euros,” says Julio. He admits he fears the moment the European Central Bank implements the announced increase in interest rates “We are all in debt, we have mortgages or we have car loans. If rates go up, we all have to give more money to the bank,” he added.

Perhaps this is the positive part of being born in the midst of the 2008 crisis—in the context of work. Oscar and Julio’s generation have one financial education Which helps them to understand what may be ahead. The downside is maturing in from the enduring fear of bankruptcy and dismissal. “Another fear is how it will affect the company I work for. I fear layoffs will start,” says Julio, a private school teacher.

carlos He works in a well known used car company. The automotive sector has been one of the big hit by the microchip crisis, plunging into registrations for months. “We expect the situation to improve in the medium term, although I am quite negative to see how inflation skyrockets and the cost of life rises without more measures than the occasional patch by leaders,” he says. Carlos, restless, does not hide the suspicions raised by management that Pedro Sanchez’s executive is concerned about a possible economic crisis, “a new recession, and with the government that we currently have.”

It remains only to deduct and bear the expensesAlex, journalist (35 years old)

alex – Like the rest – has spent more time working peacefully in an environment of economic crisis. He started as an apprentice in a radio newsroom in 2010. Like many journalists, he found a little more stability in the communications department of a larger company. A few days ago he signed a mortgage with his partner. He did this after months of tracking down the most advantageous conditions. “We’re seeing almost straight away how prices are going up every week when applying for a mortgage,” he says. Now, with a quota of 25 years ahead of him, he shares the fear of the rest.

“It scares us that we are not able to calculate. The economic situation forces us to continuously improve and be very conservative with our savings”, he assures. The double edged weapon. millennium They know they can’t fall into the ruin that caused us the huge financial crisis, but the stagnation of savings and the decline in consumption can accelerate the recession. “We believe we can only get worse so far this year and the only thing left is to cut costs and hold on,” he says.

Panic of a New Recession: “We Won’t Suffer Nothing Like the 2008 Crisis”

They pursued the army in Nueva Italia, but we found the drug laboratories

This May 15th they’re executing it Martin Fierro Awards 2022, with Marley driving on the telefe screen. But hours before…

Mexico City. – President Amlo reiterated that there would be no national upliftment movement”dadazo” For presidential election of the next…