It is an odd thing, to write an appreciation for a series when you’re not entirely sure if it is a great television show.

And yet, here I am, dissecting the complicated legacy of Netflix’s Ozark, which drops its final seven episodes on the streamer today.

I’ve been a fan of the show since its very first episode in 2017, when Jason Bateman offered a compelling and resonant portrait of a man under serious pressure: Marty Byrde, a financial manager and secret money launderer for a Mexican drug cartel is forced to move his family to the Ozarks after his business partner tries ripping off their boss and gets killed for his trouble.

But now that we are near the end of that journey, it’s likely Ozark will be remembered more as a clever thrill ride – a captivating collection of showcase scenes for a cadre of superior actors – than a series with a coherent message. 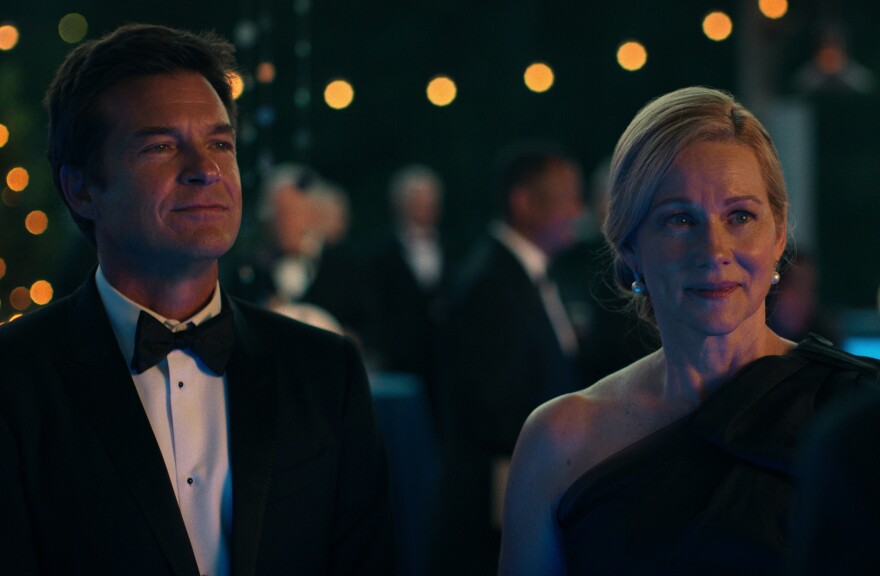 And that’s a shame, because the difference between good and great for this series can be measured in the way it has morphed from an intriguing character study into a series of escalating and increasingly outlandish threats to a family sinking into a morass of criminality. Kinda like “Breaking Bad: The Family Edition.”

Marty’s mission early on was to launder $500 million in five years, to prove he was indispensable to the cartel and uninvolved with his partner’s skimming. When the show first began, his kids were clueless about what their father really did for a living and his wife Wendy, played by a resilient, acerbic Laura Linney, was mostly focused on holding the family together.

What a difference four seasons can make.

A family steeped in criminality
As the show’s final episodes drop today, the Byrde family is fully immersed in a complicated scheme to free cartel leader Omar Navarro from federal custody, neutralize his smart, ruthless nephew Javier, establish themselves as powerhouse (completely legitimate) philanthropists and repair a rift between Wendy and the kids caused by her decision last season to engineer the murder of her brother, Ben.

So what has Ozark been about all this time? Now that it’s over, we can look back on the story of a family who was willing to do anything to survive and could quite literally get away with murder. When Marty and Wendy chose to uproot their family and launder money for a Mexican drug cartel, they knew in their hearts that it would come with a cost. But it turned out that the cost was mostly paid by others. Think how few people have survived the orbit of the Byrdes. Go back over the seasons and the body count gets remarkable: Mason Young, Russ Langmore, Darlene Snell, Javi Elizondro. It’s been a show about a privileged family who always gets out of the car accident unscathed while the other driver isn’t so lucky. And the series ends with at least two more notable deaths: Omar Navarro and Ruth Langmore (and possibly Mel Sattem). A show that has always been deeply cynical ends with one of its darkest chapters in a lot of ways, suggesting that people like the Byrdes are untouchable. God help anyone who gets in their way.

Ozark’s final episodes are baffling. Not because they don’t do exactly the sort of thing Netflix’s ludicrous crime thriller has been doing since 2017, but because they do so with a sentimentality that’s uncharacteristically sappy. For a drama boasting multiple jump-scare executions and the unhinged depths of antagonists like Darlene Snell (rest in peace, queen), serious suspense plays an almost eerie second fiddle to the Byrde family’s season-four swan song. Sure, there’s bloodshed; there’s always bloodshed. But these seven episodes are more about saying goodbye than good riddance–a staggering tonal shift for a show so dark it once threatened to drown a baby.

Still, it’s a surprisingly effective choice for the finale. Although it doesn’t deliver even close to the best thrills Ozark has had overall, season four part two’s rotation of wistful embraces, surprise appearances, and misty-eyed flashbacks delivers an almost Friday Night Lights-esque nostalgia that’ll make you miss these money laundering maniacs when they’re gone…however that happens.

Sinaloa.- The opinion on constitutional reforms with the objective that the unit performs revocation of mandate To the Governor of…

Demonstration this Thursday, May 12

For this Thursday 11 May is different marches and protests in different areas of Mexico City. Civil Defense Secretariat (s…

What you need to know about pension penalties for early retirement

early retirement This occurs when the employee becomes a pensioner before reaching the age established for retirement, which is currently…

Mexico.- The season for Blue Cross In League 1010 Femenil ended abruptly, because he had retired from Liguilla in the…

They locate a narco-tunnel that connects Mexico to the United States.

United States. – Responsible for the Under Secretary of State drug trafficking International and Security Affairs ee.uu., Todd Robinson this…