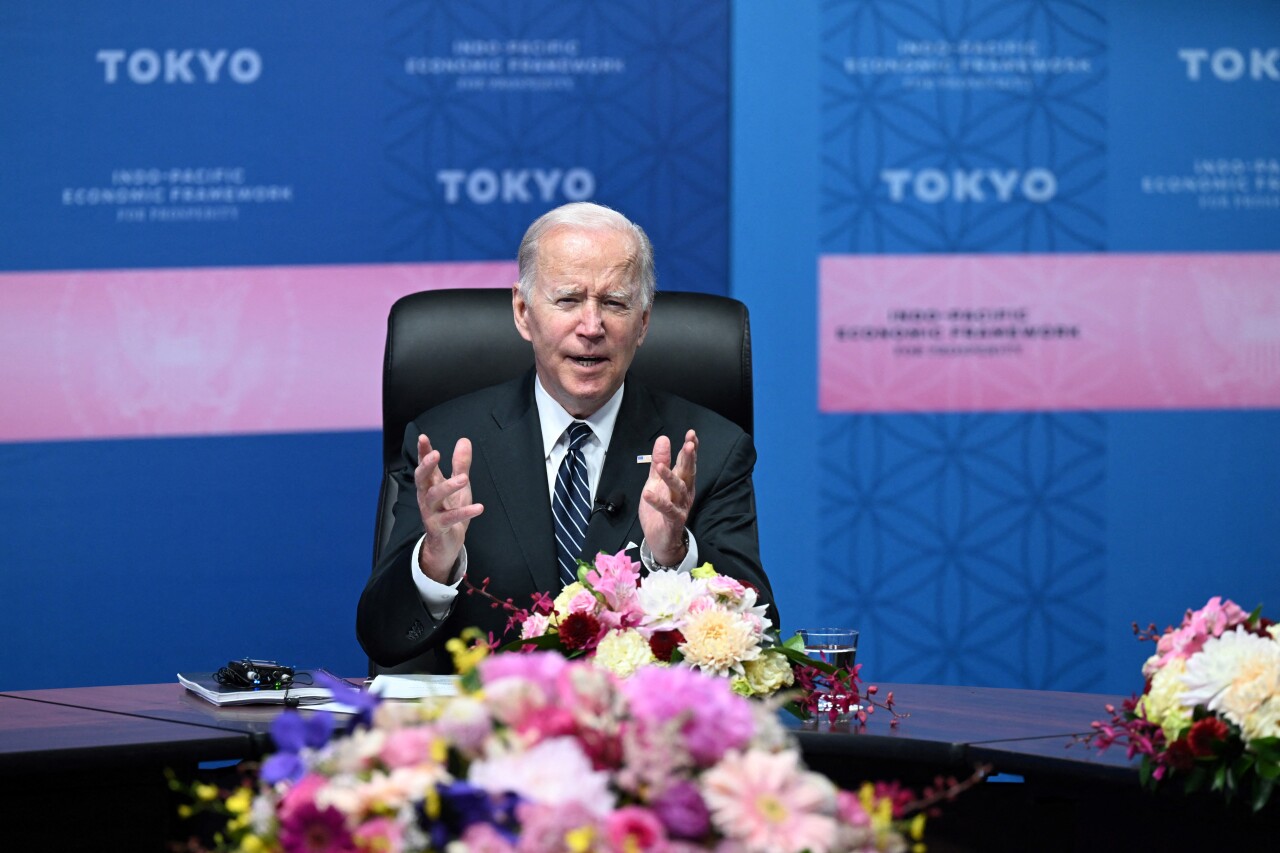 In a joint press conference, Biden and Kishida took a firm stand toward China, advocating for “its common vision of a free and open Indo-Pacific (region)” and agreeing to monitor Chinese naval activity in that region. Where Beijing’s growing ambitions lie.

Asked whether the United States would intervene militarily against China in the event of a Chinese attempt to take control of Taiwan by force, Biden replied: “That is our commitment.”

“We agree with the one China policy, and we have signed on to it … but the idea that Taiwan should be taken by force is not justified,” he said.

China considers Taiwan a rogue province that should be integrated into the country by force if necessary.

Beijing responded on Monday that it was ready to defend its national interests in Taiwan.

“No one should underestimate the determination, determination and ability of the Chinese people to uphold national sovereignty and territorial integrity,” Chinese Foreign Ministry spokesman Wang Wenbin told reporters.

Russia will have to pay the price

Biden also attacked the Russian government, which has “paid a long-term price” for “vandalism in Ukraine”, pointing to the harsh sanctions imposed by Washington and its allies.

“It’s not just about Ukraine. If sanctions are not upheld in many cases, what signals will we give to China about the cost of attempting to take Taiwan by force?” He asked.

Carlos Fuentes: These are the most important works of the Mexican writer

2022-05-14 23:07:01 Carlos Fuentes He is considered one of the greatest Mexican writers because of his great contribution to Latin…

Donald Trump’s response to his intention to bomb Mexico

Donald Trump, Former President of the United States of America, denied the allegations Created by his former Secretary of Defense,…

Monterrey, Nuevo Leon. – Tigres Femenil suffered a loss in the first half but aerial balls in the second half…

They condemn the man who attacked a girl