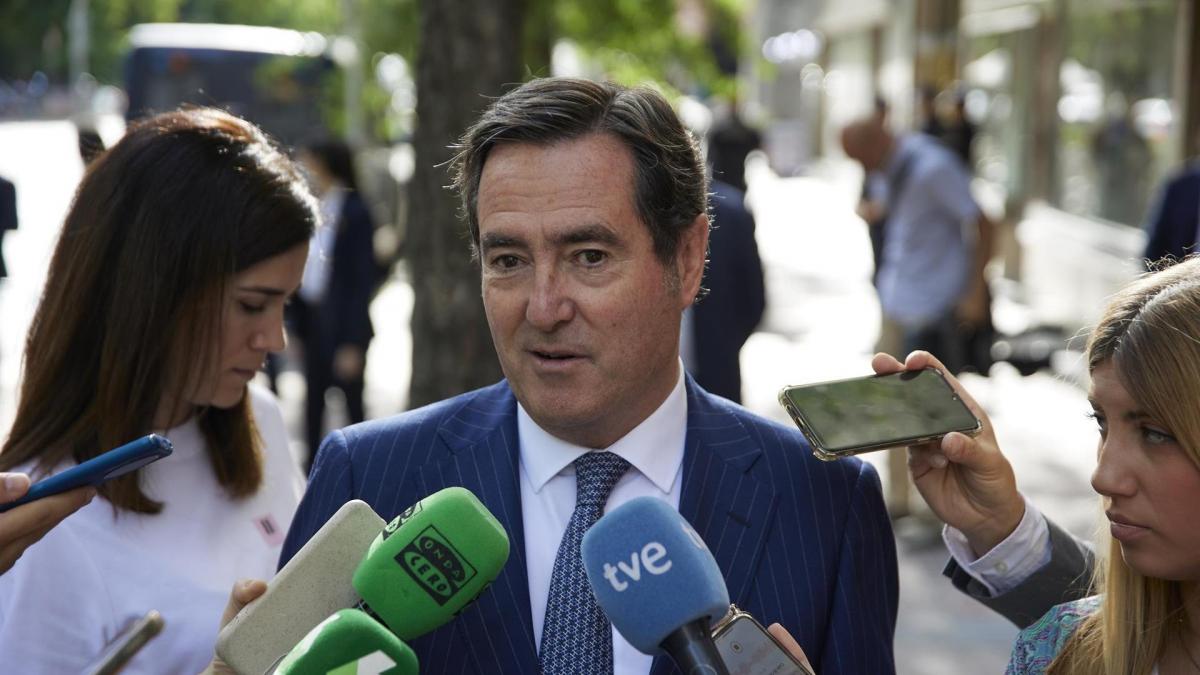 CEOE President, Antonio Garamendi has argued that king don juan carlos He “doesn’t need an explanation” about his trip to Spain and has valued it The Crown is the “Vault Key” of the entire institutional system espaol

Talking to the media after his speech in Medcap Forum 2022Garamendi has refrained from commenting on the return of King Don Juan Carlos to the Palacio de la Zarzuela yesterday, where he met King Felipe VI for the first time in nearly two years. «This is a private visit, King Juan Carlos could totally come to Spain and I have nothing to say. It is a personal journey and it is without much,” he explained.

A few minutes earlier, during his speech on stage, Garamendi took the opportunity to demand more institutional loyalty In Spain, noting that investors and companies need stability and institutions are the “key” for this.

“I want to value the Crown, which is the key to the vault of the entire Spanish institutional system, and the companies of this country are going to find us here, with governments that touch all the time,” he assured.

Garamendi comes out in defense of Don Juan Carlos: “He doesn’t have to explain himself”

Russia.- President of Russia Vladimir Putin This Monday defended the military actions taken by Moscow in Ukraine because he affirmed…

Monterrey, Nuevo León. – Tigress UANL has learned that Cruz Azul Clausura will be its first opponent in the 2022…

Although the third report DNV about the fall of row 12 CDMX Metro concluded that the reasons included administration failures….

The quest for greater autonomy: the case of Catalonia

There are regions within many countries that have sought greater autonomy, such as Scotland in the United Kingdom, Flanders in…

City Juarez Chihuahua.- When she reached home seeing her husband dead, the woman was horrified. with a blow to the…