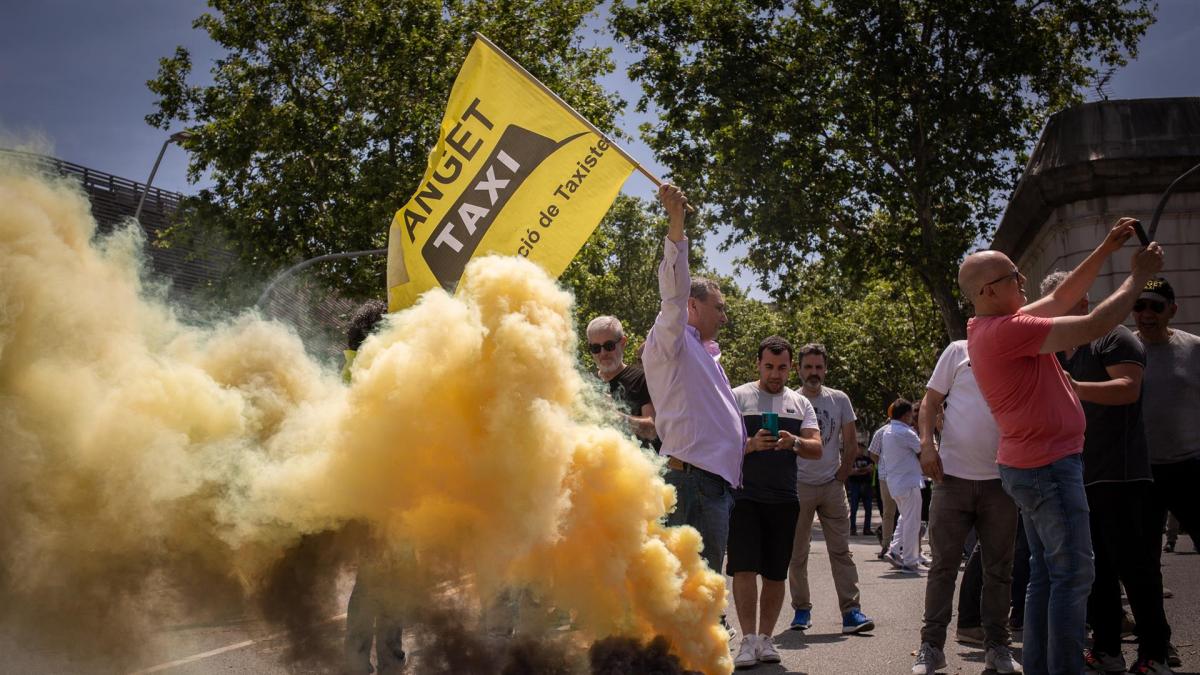 Four months after the expiration of the current state decree, the Catalan government estimates that 1,200 out of a total of 3,066 working licences are active VTCs (vehicles for hire with drivers), and is seeking to approve a rule before the summer that Doesn’t bother the taxi sector, which has recently returned to the road.

Taxi drivers made a new show of force last week with a four hour break in Barcelona with which he demanded that the government shield the current ratio in future regional decrees One VTC license for every 30 taxis,

The Vice Presidency, the Department of Digital Policies and Regions in the hands of JxCat, is in charge of drafting the standard and its position is not entirely consistent with that of its ERC partners, although both sides refrain from airing differences.

coordinator of elite taxiThe region’s majority consortium, Tito Alvarez, recently warned that he doesn’t like music that falls outside the ranks of JxCat, but he does like music played by ERC.

The PSC, Communis and CUP have openly shown their support for the demands of taxi drivers, although the government’s efforts have been focused. to explain Top most to socialistsAccording to various sources consulted by Efe, as it would be a large majority that would support the text.

In recent weeks, meetings have intensified and the government has set the goal of approving the decree before summer (the last scheduled executive council is August 2), a rule that parliament must validate a month later.

According to data provided by the ministry to Efe, there are currently 3,066 VTC licenses (2,900 in the province of Barcelona) in force, according to the registry managed by the ministry, which also has access to the government. License must be renewed every two years And this figure matches a review done 12 months ago. The total licenses prior to that date were 3,987.

However, in the past two months, according to government analysis, only about 1,200 have operated, of which only 600 correspond to platforms such as Uber You CabifyWhile the rest provide traditional VTC services (from transportation to funerals or weddings, to the transfer of businessmen to Congress).

In contrast, Catalonia has 12,334 taxi licences, most of which are concentrated in the metropolitan area (AMB) of Barcelona: 10,521.

The applicable rules are a royal decree-law approved by the government on September 29, 2018, known as balos decree (by the former Minister of Public Works, then in office), including the possibility that during 4 years from its implementation Autonomous communities refuse to grant new licenses When the ratio exceeds one VTC for every 30 taxis.

Lesson ending September 29 And, if an autonomous norm is not approved, the VTC will in no case be able to operate on urban routes (i.e. within the city). This is the only point at which the government states: “Barcelona cannot be the only city in the world without a VTC”, implying that before that date there is a regulation definitely approved by the Catalan executive.

In the case of the Community of Madrid, the issue has already been regulated, but in the opposite direction to the claim of taxi drivers: “public services have been distorted” and the situation is “a real jungle”, a few days ago Tito was mourned by Alvarez, who explains that 1 VTC for every 2 taxis in Madrid . Is,

However, this week the Supreme Court – as has already been done by the Superior Court of Justice (TSJC) of Catalonia – raised Court of Justice of the European Union (CJEU) is a preliminary decision as to whether the ratio established in the Balos Decree is compatible with the independence of the establishment and the prohibition of state aid.

A negative response from the CJEU would ruin a final regional rule that would establish the ratio, so it is unclear whether a future decree will specify the figures, various sources consulted.

Added to this are the number of legal claims still unresolved—some sources say there are thousands—so the wording should be as fine-tuned as possible, while the “nuclearization” of the negotiating parties—coalition executive, group parliament, various Taxi unions – and a variety of VTC employers – also make negotiating difficult.

In any case, what will remain in force is another Catalan decree on VTC that has been implemented since 2019, which requires pre-contrast Rental vehicle service with driver at least 15 minutes agoyes fixed Fine up to 1,400 euros In case of non-compliance found.

Culiacan, Sinaloa.- The state congress Ordered the security personnel not to indulge in provocation Supporters of Mayor Jesus Estrada Ferreiro,…

Pachuca vs Atlético San Luis: schedule, channels and where to watch the Liga MX match on TV and online

loss miami dolphins They never stop adding momentum to their ranks, as reported by Ian Rapoport for NFL Network, sony…

Rocha and Kuen preach after the removal of SSA from Sinaloa

Culiacán.- On the afternoon of this Wednesday, May 11, it was announced that Hector Melecio Cuen capturedMoral leader of the…